Once again, I’ve studied culinary trends closely this year. There have been a couple of surprises, and some other trends lingering over from last year. I am not a culinary expert by any stretch of the imagination, however I tend to spot trends through food photography gigs, cookbooks, local and international chefs and restaurants, food magazines, and social media. This is my summary of the few culinary items that have enjoyed some success this year.

Cauliflower. Cauliflower is the new kale chip. It’s one of the biggest trends of the year. This year, I’ve seen it roasted, mashed, in soup, baked, deep-fried, and a variety of other ways.

Unconventional meats: I’ve seen a big increase in duck, elk, rabbit, goose, squab, goat, and pigeon on restaurant menus this year. I won’t go so far as to say that goat is the new bacon, but it’s enjoying a renaissance.

Mushrooms and other foraged foods. People are foraging in greater numbers than I have ever remembered them doing in the recent past. Advantages: it’s free, it’s fun, and it appeals to locavores.

Farm dinners. It used to be that Outstanding in the Field was completely unique in on-location, farm-to-table dinners. Not so much anymore. Farm-hosted pop-up dinners are rapidly sprouting up (forgive the pun).

Tea. McDonalds has joined in the tea craze, and Starbucks acquired Teavana. Smaller tea shops are opening up all over the country. In particular, flowering teas were a popular gift item this year.
Food and grocery delivery. This year, I’ve seen edible deliveries take off like gangbusters–restaurant meal delivery, CSA boxes, and grocery delivery. Meal delivery is probably more common in urban areas, but with CSA boxes straight from the farm, and grocery delivery expanding its delivery range, rural areas are likely seeing an uptick, as well.
Gin. The increase in gin interest is notable; it’s traditionally been one of the least popular hard liquors in the U.S. I learned to enjoy it, and its many varieties, at the jenever bars in Antwerp, but it’s never seemed to have enjoyed such popularity on this side of the pond. However, thanks to a resurgence in interest, between tea and gin, one could reasonably suspect that we’ve reunited with Britain.
Single-item restaurants. There are restaurants popping up around the nation specializing in one type of food (not just pizza joints anymore). There are restaurants serving all manner of pelmeni, meatloaf, ramen, mac ‘n’ cheese, frites (Belgian fries), and there’s even a cereal bar in Texas.
Vinegar. Whether for medicinal or nutritional use, for use in pickling, in shrubs (the new “bitter” for cocktails), hand-crafted drinking vinegars (popular in Japan), or interesting vinegar infusions for dressings, this appears to just be the next big trend.

Sweet potatoes. Sweet potatoes are the new potato! This tuber has appeared all over the place this year (not just in the South) in desserts, fries and fritters, stews, pureed, dumplings, and a dozen other ways. It’s packed with nutrients and so it’s a shining star in this year’s trend list!

Marijuana edibles. With many regions legalizing marijuana, a whole new culinary trend has taken off. Many people who wouldn’t normally smoke are buying edibles instead (as are those who do smoke). In my state (Washington), it’s a huge new trend.

Digital menus. Ordering from digital menus is a quick and easy way to order your food which minimizes errors and shows you the total immediately. People can order (and pay for) food online, at a tablet near the cash register, or at their tables.

Edible Insects. Adventurous restaurants are experimenting with serving up bugs and touting them as the new protein. While it’s not quite huge yet, it’s gaining lots of traction. Andrew Zimmern of Bizarre Foods will have to find something else to eat!
Coconut. Coconut oil is all the rage, as is coconut sugar, coconut water, and coconut cream. It’s a viable alternative to other fats and sweets than is less damaging.
Grain-free cuisine. Paleo, gluten-free, and other types of low-grain or grain-free diets are still on the rise, giving way to all sorts of alternative flours. There are entire cookbooks now dedicated to modern bakers who prefer baking with non-standard flours.
Nordic cuisine. Ever since Noma in Denmark won first place in the World’s 50 Best Restaurants, the world has been looking at northern Europe for inspiration. New books on Sweden, pan-Scandinavia, and Iceland this year have catapulted people’s interest in Nordic cuisine.
Community seating. This trend has been growing for the last couple of years, but this year, during the times that I dined in nice restaurants with friends, I was more often seated in community-style settings than at private tables.
2014 Favorite Cookbooks

I pore over cookbooks throughout the year and eventually a select few become favorites. I tend to view cookbooks with a somewhat critical eye, looking for a very specific set of criteria which may not appeal to all home cooks.

Favorites usually have more than one of the following criteria:

I link to these books on Amazon.com so you can see reviews and view inside the book. That said, I am definitely also a supporter of local bookstores, and bookstores that sell new cookbooks will likely have most of these. 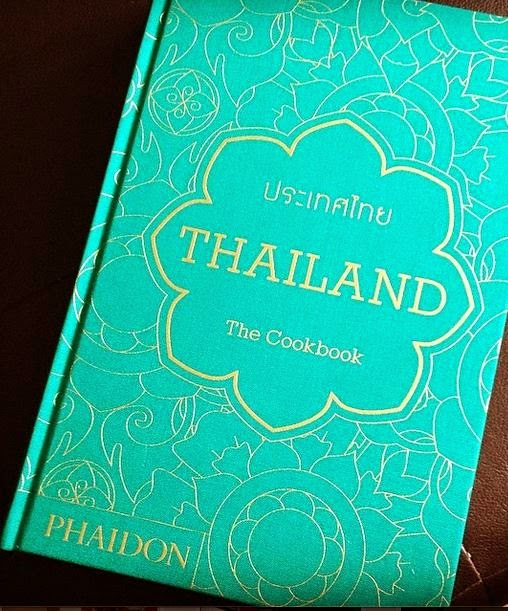 Thailand. This is my favorite cookbook of the year. It’s a stunning tome by the ever-awesome Phaidon publishing, replete with gorgeous photos, a wide variety of recipes, and a lovely layout. Top-notch culinary content.

North. Most of you know by now that I have an affinity for northern Europe and its cuisine, so it shouldn’t be any surprise that I’m completely enamored with this book of the “New Nordic Cuisine of Iceland.” Photography and content portray food, chefs, landscapes, and culture. Definite winner.

Yucatan. This is the largest and heaviest cookbook I purchased this year (which is saying a lot because there were a lot of huge cookbooks this year). This region’s cuisine is unique as it was long isolated from the rest of Mexico. Flavors are part Mayan, part Caribbean, part Spanish, and a pinch of Dutch. This book is a veritable encyclopedia of the breadth and depth of those influences on the cuisine of this unique region.

My Portugal. This book has a cornucopia of fantastic photos and authentic recipes. Heavily influenced by an ex-boyfriend, and a trip around Portugal with his family in the ’90s, I learned that the cuisine is really part Spanish, part French, part Moroccan. It’s a truly fabulous combination of flavors and this is perhaps the best book I have on it to date.

My Paris Kitchen. If you haven’t bought any books by David Lebovitz, do it. His recipes, both on his blog and in his books, are flawless. This particular book is a real in-depth look at both his life in Paris and the standard fare you’ll find there.

Flour  + Water. I wasn’t going to buy this cookbook–like the world needs another pasta book! But a reliable friend and fellow cookbook hoarder shoved it on me, and I completely understand why. This book, from the popular San Francisco restaurant of the same name, has a unique approach, separating dishes out by season. It also showcases old classics among high-brow, elevated, adventurous pasta creations, using exotic ingredients (such as bitter honey and squab).

Shroom. I’m a huge mushroom fanatic so the focus of this book really grabbed me. It’s also no secret that the author, Becky Selengut, is a personal friend. You could say I was biased, but the truth is, I’ve probably grabbed this book off the shelf this year, more than any other. It’s also very accessible to the average home cook (more so than her last book “Good Fish”).

Slanted Door. Amazon.com picked this book at their Cookbook of the Year, and it’s easy to see why. This book of modern Vietnamese food is chock full of truly stunning photographs, incredible dishes, and surprisingly accessible ingredients for many of them.

Sugar Rush. I don’t know how Johnny Iuzzini does it, but he is the master of sweets. Not just pastries, but everything from cakes to custards to meringues to candies. There are really interesting recipes, such as Sour Cream Sherbet, Chocolate-Sesame Seed Cake, and Banana Fritters with Tahini Caramel Cream. Great step-by-step instructions and photographs. There isn’t anything in this book that I wouldn’t immediately throw down my gullet.

Ikaria. The day I received this book, I read it from cover to cover. It’s a very interesting culinary story (with a ton of recipes) of the people on the Greek island of Ikaria who have the world’s largest population of centenarians. I wanted to know what kinds of foods promote longevity and as it turns out, there are few surprises in this book (a few typically non-Greek staples–the potato, beans, and herbal tea).

While these didn’t make my “favorites” list, they did catch my eye for their interesting and daring topics.

Bitter. One would not imagine that a cookbook featuring bitter ingredients would appeal to many people. It’s a brave concept and I actually really like the food. It features recipes with ingredients such as radicchio, dark chocolate, chicory, lemon peel, and hops.

The Insect Cookbook. Another daring and adventurous book with a potentially small audience. However, as I noted above, culinary insects are on an upward swing. It’s a sustainable protein and available in great quantities. There were two other cookbooks on cooking with bugs this year, and my favorite book of the year (Thailand) has recipes with ants. One of my favorite comments on Amazon is: “Shut up and eat it.”

What food trends or new cookbooks have you enjoyed this year?