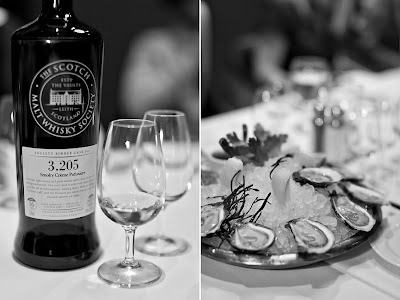 A friend of mine–the delightful Carrie Brown–posted on Facebook that she was invited to a private whisky tasting put on by AQUA by El Gaucho on the Seattle waterfront. But since she was not a whisky drinker, she felt the experience would be lost on her, and wanted to know if anyone wanted to go in her stead. I was the first to raise my hand, and so the invitation, which sounded quite austere, went to me.

“The native oyster season coincides with the 30th birthday of The Scotch Malt Whisky Society… Join Georgie Bell, Global Ambassador for The Society, for a swashbuckling maritime experience as she debunks the myth of pairing brown spirits with this crustacean delicacy in spectacular fashion.”

My interest was piqued.

Namely because I’d never paired any food with whisky before. Whisky is an after-meal drink, at least in my experience. And oysters, I usually don’t pair with anything either, but if I did, it’d be some variety of white wine, nothing heavier. The concept of a Scotch-oyster pairing sounded like a curious, but not entirely unfathomable, combination.

Georgie Bell hails from Edinburgh, Scotland and, man, does she know her Scotch. She’s also got a biting wit, and appears to be perfect as the face of The Scotch Malt Whisky Society (SMWC), which names their whiskies after tasting notes. Things like “Snorkeling in the Bathtub” and “Heather Honey and Burnt Toast” and “Buttery Waffles on Polished Wood.” My personal favorite name, which makes it just sound cozy like a warm blanket is “Hugs from Your Mum.”

This whisky club has a membership fee but it gives you access to single-cask Scotches from distillers across the country. Some are quite old, some are not. Georgie is of the (very strong) opinion that, at least for such high-quality, single-cask whiskies, age is not important. The character of a whisky can be superb and only six years old. (Granted, they do have many that are up to even 40 years old, but she said that her favorites are both young and old.)

The varieties are always changing because once a cask whisky is gone, it’s gone. Georgie said that she’s actually cried when a particular glorious favorite went dry. Their whiskies are, however, labelled by distiller number and cask number, so if you like a particular scotch, you can follow a distillery to try their other offerings (or, if there is still the one you like, you can reorder). Distilleries are not touted but you can found out which ones belong to which numbers. The SMWC picks only the best of the best, and some of them are no names, and some are known the world over.

As you might imagine, these single-cask Scotches are not cheap. They also aren’t completely outrageous, either. They are affordable to those who are true connoisseurs and have been known to splurge for high-quality drinks.

The Scotch was tasted opposite of how you taste wine: sweetest to driest. Some were light and fruity, others peaty and smoky. I liked all but the last, which was too smoky for my taste.

AQUA (El Gaucho‘s apparent seafood sister), according to its menu, sources its oysters from Taylor Shellfish Farms (a personal favorite of mine). The oysters were indeed complementary to the Scotch, especially if you abstained from using any of the oyster sauces and swallowed all of the oyster juice with it. The oysters, paired with the Scotches from sweetest to driest, were: Kumamoto, Shigoku, Virginica, and Kushi. All were tasty and paired quite beautifully. Many thanks to AQUA, SMWC, and Carrie Brown for the experience.

Side Note: I think it’s important to note that it is spelled “whisky” in the UK and Canada, but “whiskey” in Ireland and the United States. This makes Internet searches a bit of a slog, although Google is getting smarter at determining perceived “misspellings.” 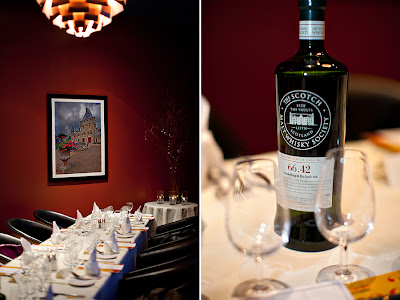 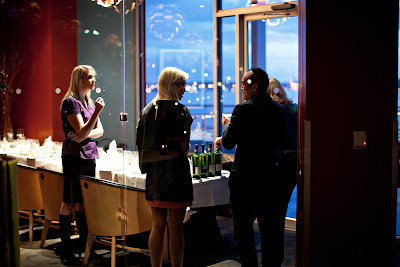 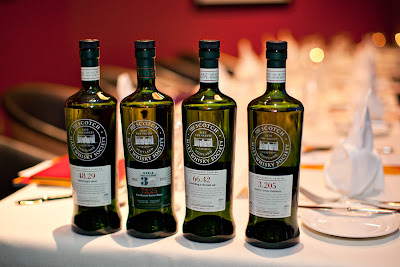 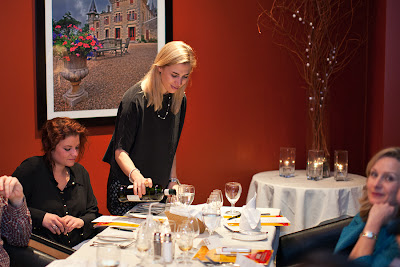 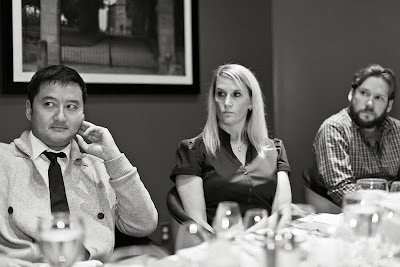 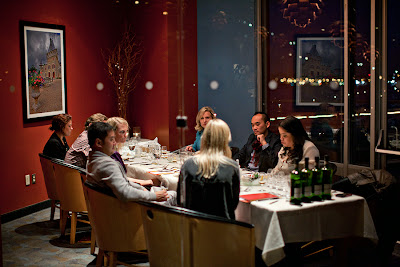 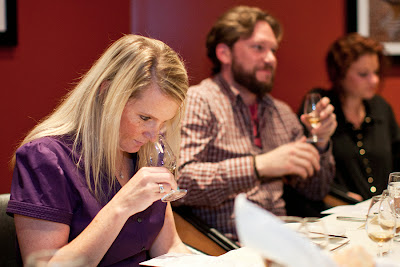 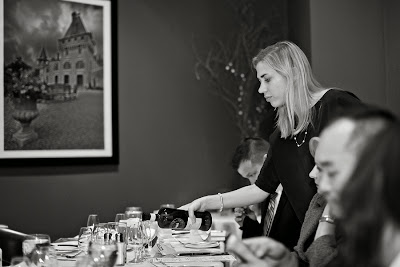 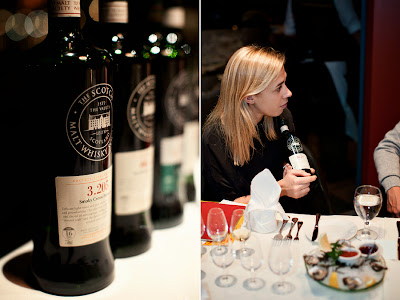